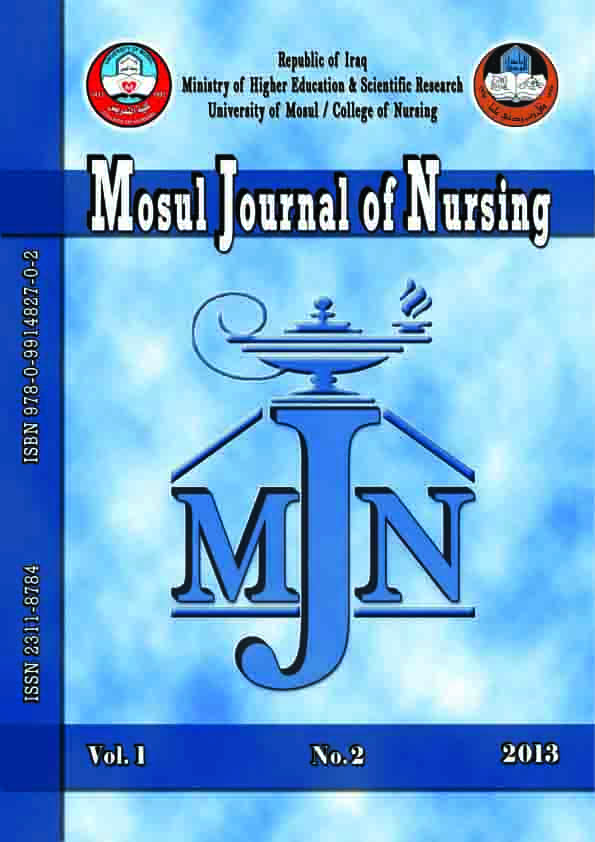 Background and aim: In the case of Kirkuk City and Iraq as a whole, the previous study concerns and guidelines become even more pressing , given that this Middle Eastern country has been subjected to years of neglect, damage, and deterioration, exacerbated and compounded by a series of wars. In fact, Iraqi researches state that prior to 1990, education was a thriving sector in Iraq. However, after two decades of war and deprivation, the quality and availability of learning deteriorated dramatically. Therefore, the present study conducted in order to evaluate the public and private schools physical environment Standardized features in Kirkuk City and to compare between them. Materials and method: A descriptive comparative design is employed through the present study from April 1st 2012 to May 20th 2013. An instrument of (141) item is constructed for the purpose of the study.
A purposive (non probability) sample is selected for the study which includes (44) school; (22) private and (22) public of Kirkuk Education Directorate. Data are analyzed through the application the approaches of descriptive statistical data analysis and inferential statistical data analysis ones. Results: The findings of the study present that the overall evaluation depicts significant difference between public and private schools' physical environment standardized features. Conclusion: The overall evaluation presents significant difference between public and private schools' physical environment standardized features. Key words: public and private Schools, physical environment, Kirkuk city

Background and aim: Quality improvement consists of systematic and continuous actions that lead to measurable improvement in health care services including maternal and child health promotion and the health status of targeted patient groups like women and children. It is also recognized as a direct correlation between the level of improved health services and the desired health outcomes of individuals and population. The study aimed to evaluate the staff as component of quality improvement of maternal and child health promotion Materials and method: A descriptive evaluation study is conducted on primary health care centers in aghdad City from 10th April 2012 to 20th May 2013. A total of (22) primary health care centers. Data are collected through the utilization of the developed questionnaire and the interview technique as means of data collection. Data are analyzed through the application of descriptive statistical data analysis methods which includes the measurement of the frequencies, and percentages, and inferential statistical data analysis approach which includes the measurement of the multiple linear regressions and quality improvement Results: the study findings reveal that most of the health promotion staff have participated in some maternal and child health training and development courses, but they do not apply what has been learned, do not have access to books and publications, have to perform different tasks not health promotion only, do not acquire additional information, no testing the consumer’s information, do not assign future appointments for planned and scheduled health promotion activities, and do not follow the consumers’ benefits of previous health education, and decrease the number of the health promotion staff in the health promotion unit.
Conclusion: There is increased demand and decreased supply of health promotion units at the primary health care centers. The aspect of staff has revealed that most of them has lacked practices and experiences relative to their task as providers of health promotion service to pregnant women as consumers of such services. Health promotion staff lack opportunities for training and development. Keywords: staff, Quality Improvement, Maternal and Child Health, Health Promotion

Background and aim: Medical waste management is of great importance due to its infectious and
hazardous nature that can cause undesirable effects on humans and the environment. The objective of this
study was to identify segregation, storage, transportation, treatment and disposal practices in teaching
hospitals in Mosul City.
Material and method: A descriptive study is designed to assess medical waste management in Mosul
Teaching Hospitals started from December 2012 to March 2013. The target population (health personnel)
of study is approximately (448) participants served in mentioned hospitals were asked to answer study
questionnaire. Statistical processing was conducted by the use of SPSS version 17 and Minitab. Chisquare
test was used as the test of significance to determine the presence of association between variables;
P < 0.05 was considered significant.
Results: The results indicated that 79.2% of the respondents indicated that each type of waste clearly
identified by a coloured code or symbol. The results also showed that 75.1% of the respondents stated that
the waste is stored collected regularly. The most significant result with respect to whether the means of
conveyance and transport are cleaned regularly was 40% of the respondents stated that they have no idea
about that. The results also showed that 53.8% of the respondents stated that there is no other options
rather than incineration have been examined for final disposal of medical waste.
Conclusion: The study concludes that the segregation of medical waste is done regularly and effectively,
i.e. each type of medical waste is identified by a coloured code, and there are containers and bags
everywhere waste is generated. Concerning to medical waste transport the means of conveyance and
transport are available but there is lack of maintenance of these means or replacing them with new ones.
Keywords: medical waste management, segregation, collection, transport, final disposal.

Background and Aims: Autism in children is known to affect brain systems implicated in cognitive, communication, social functioning and intelligence. Although autism is a neurobiological disorder, behavioral interventions are currently the primary treatments for individuals with autism. The objective of the present study was to identify the correlation between intelligent quotient and the level of improvement of autistic children. Materials and Methods: A descriptive design was carried out in the rehabilitation clinic for children with autism at psychiatric research unit-Mosul Medical College / University of Mosul. Data were collected by using Childhood Autism Rating scale (CARS) and I.Q was measured by Stanford-Binet scale in order to achieve the objectives of the present study. A pre-test was carried out on children with autism who participated in the rehabilitation program. The childhood autism rating scale was used for this purpose. After five months, post-test was administered for autistic children to identify the effects of caregivers' techniques and interventions on the children with autism disorders. The subjects of the study
were consisted of the 30 children who were received interventions at the rehabilitation clinic for autistic children. Data were analyzed by using SPSS version 20. Results: The study revealed that most autistic children who participated in the study had learning disabilities and low moderate intelligence quotient, they accounted 33.3% and 27.7%, respectively. The study confirmed that the children’s I.Q had highly significant difference regarding improvement. Conclusion: The study concluded that there was significant difference in intelligence quotient between pre and post intervention levels of autism (improvement). Keywords: Autism, Intelligence Quotient, Interventions, Improvement.

Determination of Physical Problems for Adult Patients with Asthma

Background: Asthma is considered as a major public health problem in many countries. It is one of the most
common chronic disease affecting both adults and children. According to world health organization there are
at least 300 million people suffer from asthma worldwide and more than 180,000 people die from it each year. Therefore, the study aims to determine physical problems for adult patients with asthma and to find out the  ationship between physical problems with demographic characteristics. Materials and methods: - A descriptive study was carried out in Baghdad teaching hospital and Al- Yarmook teaching hospital for the period of 1\12\2011 to 2\5\2012. A purposive (non probability) sample of (50) patients. Questionnaire was constructed for the purpose of the study. Data were collected through the  pplication of the questionnaire and interview technique. Data were analyzed through descriptive statistical approach (frequency and percentage) and inferential statistical approach (Pearson correlation and mean of score) by using of SPSS 16.0. Results: The study results indicated that the range of age was between (40-49) year and most of them were male, married and employed in government officer, read and write they live in rural, barely sufficient of monthly income. There is high physical problems such as cough, wheezing, dyspnea, tachycardia and weight loss. Conclusions:- There is no relationship between physical problems with marital status educational level. There is moderate relationship between the remaining variables this mean that physical problems are present with all variables. Recommendation:-The study recommended that educational programs should be constructed or designed for patients toward health care awareness for patients with asthma. Patients with asthma should undergo tests to identify the substances that precipitate the physical problems. Patients are instructed to avoid the causative agents wherever possible. Keywords:- physical problems, asthma